Investor Spotlight: The Port of Virginia

The Norfolk Harbor is home to a robust shipbuilding and repair industry, a thriving export coal trade, the world’s largest naval base and The Port of Virginia, which is one of the largest container ports in the United States and a driver of jobs and economic investment throughout Virginia.

Virginia’s port is among the most modern, technologically-advanced ports in the Western Hemisphere. The diverse port complex is composed of six terminals, four of which are in the Norfolk Harbor and two inland operations, one in Richmond and the other in Front Royal. Norfolk International Terminals and Virginia International Gateway are the port’s primary container terminals while Portsmouth Marine Terminal and Newport News Marine Terminal serve as multi-use facilities where “project” or non-containerized cargo is handled.

A recent economic impact study from The College of William and Mary shows that the port helps create more than 400,000 jobs and generates $92 billion in total economic impact throughout the Commonwealth annually. Nearly 10 percent of the state’s resident workforce is linked to port activity. Those jobs generate $17.5 billion in annual compensation and $1.4 billion in state and local taxes. More than one-third of that impact is in the Hampton Roads region.

The COVID-19 pandemic had a significant impact on the port’s volume during the first half of 2020, but business rebounded mid-year and began a string of record month-over-month volume growth. The fourth quarter of 2020 was the most productive three-month period in the port’s history, with more than 814,000 TEUs (twenty-foot equivalent units) processed through the port’s container terminals. The cargo growth is forecast to continue well into 2021 and that growth will help support an expanding Virginia economy.

As it handles record cargo volume, the port is operating with world-class efficiency. The driver behind the port’s productivity is an experienced team of professionals, a solid labor partner and a recently-completed $800 million investment in the two main container terminals. The investment added the capacity to handle more than1 million containers annually by modernizing the entire operation: truck gates, vessel berths, loading operations for rail cargo, crane capacity and technology.

And the port will continue to invest: $75 million is dedicated to expanding the Central Rail Yard at Norfolk International Terminals and $350 million is being used to deepen and widen the channels serving the Norfolk Harbor. The rail yard expansion will double the terminal’s rail capacity and the dredging project will make Virginia home to the deepest port on the US East Coast by late 2024 and allow the largest container ships afloat to call The Port of Virginia.

The port is led by Stephen A. Edwards, the CEO and executive director of the Virginia Port Authority. Edwards joined the port in January 2021 and brings many years of C-suite experience in the maritime industry to the post.

When asked what he believes is the region’s biggest growth opportunity, Edwards said: “The Hampton Roads region should continue to grow its strengths, the pillars of our economy — the military, the port, and tourism — while embracing new technologies in green energy, advanced manufacturing, and logistics. The biggest growth opportunity may lie in enlightening and educating the rest of the world on the assets, activity, and promise that exist in Hampton Roads today.”

The port’s success and the region’s economy is dependent on the region’s waterways. In 2021, The Port of Virginia earned its 19th consecutive River Star Business Award for Sustained Distinguished Performance and Ongoing Environmental Stewardship Efforts.  This was presented by the Elizabeth River Project (ERP), a regional non-profit that focuses on protecting the river and its watershed through supporting and promoting sustainable development and redevelopment, shoreline restoration and education.  Learn more at: https://bit.ly/3c60glG

On the land side, a strategic location within a day’s drive of two-thirds of the nation’s population and a robust supply chain infrastructure give the port access to markets throughout the Mid-Atlantic and Midwest. This advantageous location combined with regional business collaboration, a strong workforce, access to world markets and high quality-of-life make Hampton Roads a great place to do business.

The port understands the value of partnering with the Alliance to attract, retain and expand business across the region. In addition to being a key business partner and working alongside the Alliance on dozens of business attraction and business expansion projects annually, the port is a Premier investor in the Alliance and Cathie Vick, the port’s chief public affairs officer, is serving as a private sector representative on the Alliance’s Board of Directors.

To learn more about The Port of Virginia, its growing infrastructure and impressive capabilities within the 757, visit www.portofvirginia.com. 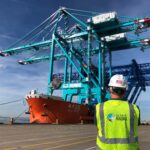 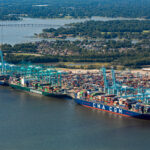 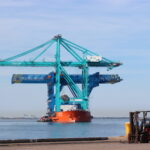 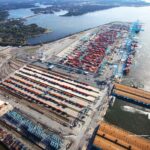 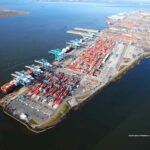