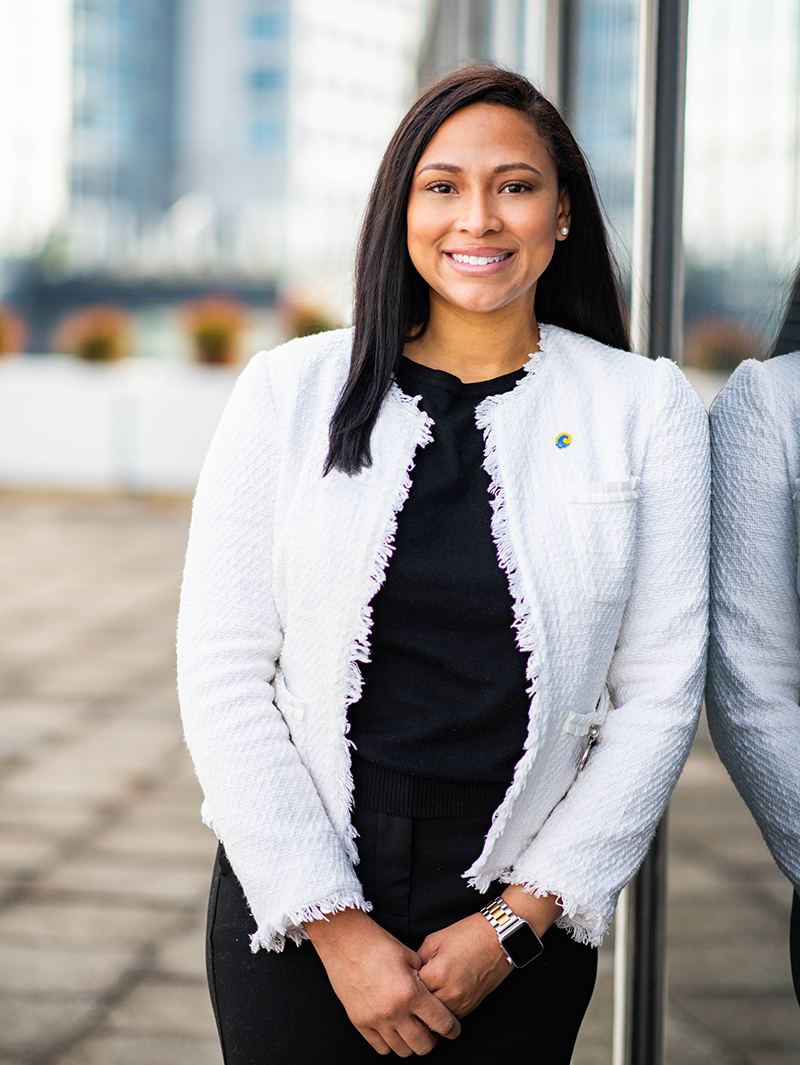 Toi Hunter joined the Hampton Roads Alliance in November 2020 as the Vice President of Business Retention & Expansion. In this role, Toi leads the development and implementation of a regional business retention and expansion (BRE) strategy. Toi has nearly a decade of economic development experience at the local and state levels.

Previously, Toi worked as Business Manager for Business Retention and Expansion for the Virginia Economic Development Partnership assigned to the Eastern Virginia region. At the beginning of her five-year tenure with the Commonwealth, Toi managed the Virginia Jobs Investment Program incentive through identifying expanding companies and supporting their growth through workforce development funding and consultative services. As a BRE Manager Toi focused on collecting corporate intelligence from the region’s major employers and analyzing their feedback to identify potential expansions, diagnosis growth challenges and discover areas of public policy which may be influenced by collective response from the business community.

Prior to serving at the state level, Toi was a Business Development Manager for the City of Portsmouth, VA. She also has a background in finance by working in the banking industry for approximately four years directly after graduating from Virginia Tech with a Bachelor of Science in Business. Toi also holds a Master of Public Administration from Virginia Tech. Toi, her husband and two children reside in Chesapeake.