October 29th was a joyful day for Hampton Roads Bridge-Tunnel (HRBT) commuters as Hampton held a groundbreaking ceremony to mark the start of the $3.8 million HRBT Expansion Project. The expansion will bring 4 extra lanes both ways and two tunnel lanes to the bridge-tunnel to ease traffic congestion. This is the largest Virginia project to date and is planned to be completed by November 2025. 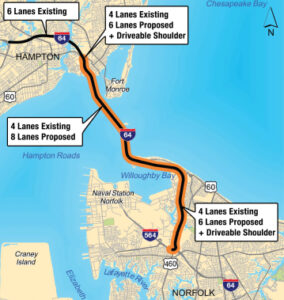